The Freedom of the Peoples 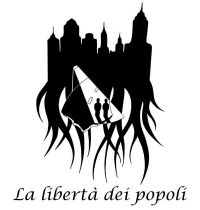 Peoples will never be free if they do not get rid of their rulers: according to the latter, in fact, the masses must be poorly educated, just to meet the awareness requirements of the State-Country.

The counter-revolution, which has always been popular among the peoples, despises the awareness of the masses, especially when they ask for greater freedom and happiness.

Nowadays, this is happening in Africa, but, not so long ago, it involved: Vietnam, Cambodia, the Jewish world, the massacre of Beirut, the Persian issue, the Arabic culture, Jordan and Palestine ... and many other peoples not mentioned here. So many peoples on the Earth are looking for independence from the Curial classes falling within the patronage system.

State (military) actors, rulers and false historical compromises (i.e. other kinds of modern chains) … but men and peoples all over the world must change their form of thinking: then a new warrior shall rise, without any uniform or military rank, since (according to Divine struggles) everyone must control the situation; rulers, in fact, are liable for their actions especially to themselves and the assembly of the proletarians, because they serve the subdued groups and do not meet the needs of conservative dictators; struggles do not distinguish between men and women, but rather promote their cooperation.

Warriors combine the strength and awareness of young David who, equipped only with his awareness and natural strength, defeats the armed arrogance of the organized strength of Goliath "without any sword", shield, spear or armour.

Hidden behind the comfortable and cunning state secret, as well as behind the deceitful "reason of State", the powerful can rule and perpetrate abuse and violence against peoples deprived of any defence and education, against a background of widespread indifference.

This state army can be manipulated by controlling the brains of the subdued peoples, who have been sacrificed in the name of power and deprived of the ability to think, since their main concern is the survival.