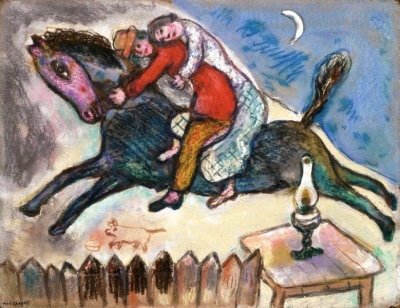 In this paragraph I shall talk about animist nomadism and its myths: over the course of history, it is rooted in the Period of Origins, when neither the State nor the Class Properties existed, while the Law of Life ruled over the world, intended as the Word which conveys the interests of the Weak, together with rationality, novelty and true spiritual paternity.

"Spirituality" should not countervail the body and the matter; the concept of Spirit has been pathologically divulgated by the developing religions, however, we intend Spirit as a form of love for each kind of matter, for all the bodies even without blood ties, since they all share the same Cosmic Origin, they all belong to the same cosmic body.

In this sense, within nomadic animism, hospitality is extremely important: any foreigner (without any blood tie) is sacred, the outcasts are gladly welcomed, because they are the "future God" which brings novelty and happiness (as evidenced by all the nomadic, Hellenic, Jewish and Native American traditions.)

Only during the settlement period, the foreigners are regarded as enemies to be defeated, because novelty may be linked to death, destruction, fear of the future or even of "seeing God" (in fact, according to ancient biblical teachings, those who see God shall die.)

Fear of tomorrow, since – in our society - the mirror of the otherness always reflects death, once our World has been affected by Possession and State.

The original nomadic communist societies, which laid the foundations for the whole mankind and were deprived of any class and State, were ruled by the Law of the Word, a movement which supports the weak and rejects any State;

however, our current system, in order to promote the interests of economy, the State and the properties of few persons (sometimes also in the name of Science) kills the Law, kills the Nomads - who are the living Word of the Law – kills the certainty and universality of the Law of the Spirit, kills the dream of the Child, thus undermining any relationship based on freedom and morality, since the rich always receive more and more and can keep their properties, whatever it takes; conversely, those who possess nothing, must always provide the rich with increasing contributions: thus the weak become weaker, or slaves, while the rich become masters in an degenerating escalation of power (as codified by the State.)

The scope of the Law promotes the stronger persons and turn them into "father - mother - son", whipping goods away from the poor: thus the weak become the "son"; Law then rationally promotes the interest of everybody, thus granting them help and assistance in case of need.

"A boundless reality   (the true essence of nomadism)
he gives strength to the weary
and increases the power of the weak.
Even youths grow tired and weary,
and young men stumble and fall;
but those who hope in the En Sof (Eternity: nomadic boundless reality)
will renew their strength.
They will soar on wings like eagles;
they will run and not grow weary,
they will walk and not be faint.”
(Isaiah 40:29-31)